ITEM ONE: The typist slumped into his over-stuffed recliner shortly after 2:30 p.m. Saturday with the idea of flipping between the Iowa State vs. Oklahoma State game and the Iowa vs. Purdue game.

The memorial service for Grandma Lois earlier that day and the heavy brunch of blueberry pancakes, eggs and bacon at Jethro’s exacted their toll and a deep nap soon swept him away.

The Hawkeyes and Cyclones both lost in his deep slumber and he awoke content, having missed nothing important.

ITEM TWO: The typist and Dad 2.0 used to watch the World Series together in the fall when he was a boy. Many years have passed since the pair last met to do so in person.

The recent deaths of family members and illnesses of friends left the typist in an atavistic mood. He did not wish to risk an in-home visit in the pandemic, so on a whim he texted his father.

Dad 2.0, a retired printer, is a quiet man, but he occasionally unleashes a savagely funny one-liner when the mood strikes him, which it did during the fourth game of the World Series between the Los Angeles Dodgers and the Tampa Bay Rays.

On the Dodgers’ shaking their hands after a soft base hit, something they call “barrels are overrated,” which means hard-hit balls are overrated:
What’s with the monkey imitations?

On the Aflac duck commercial with Nick Saban:
It’s the beginning of the end when you see the ducks clapping.

On the great baseball name of the Dodgers’ Max Muncy:
That must be his stage name.

On a broken-bat single by one of the Rays:
That bat is coming out of his paycheck.

On Verizon Wireless’ incessant 5G commercials:
That’s too much “G.”

ITEM THREE: Game Four of the World Series provided one of the finest unofficial Fall Classic games the typist had ever witnessed.*
*As every Iowan of a certain age knows from Frank Miller editorial cartoons, an official World Series must include the New York Yankees.

Q: Why was the broom late?
A: It over swept.

Q: Where do hamsters go on vacation?
A: Hamsterdam.

Q: How do you communicate with a fish?
A: You drop it a line.

Q: What did the music teacher say when her students asked if they could sing their favorite song?
A: “Of chorus”

ITEM FIVE: The typist can’t stop listening to Taylor Swift’s latest album, “Folklore,” which two readers gifted to the Hot Sheet when it was released.

The album is melancholy and goes places Swift’s previous albums didn’t. Her work enthralls the typist. She’s a good writer and her presentation is perfect.

Swift seems to be genuinely interested in her fans having a good time and communal experience at her concerts. And she shows kindnesses big and small to fans, especially young girls.

The typist is an admitted grouch. Swift’s generally upbeat work would not seem to fit with his daily dourness.

Well, people can surprise you whether they be singers or paragraph stackers.

ITEM LAST: Try to get a nap in today.

ParagraphStacker.com is free, reader-supported media. Please consider donating to help me cover personal expenses as I continue writing while I pursue my master’s degree and teacher certification. Visit paypal.me/paragraphstacker.

Daniel P. Finney is a professional paragraph stacker who grew up in Winterset and Des Moines, Iowa. The local newspaper paid him $25 for his first story when he was 17. He has typed for cash ever since. He is a flawed human trying to be a little less Incredible Hulk and a little more Mr. Rogers. View all posts by Daniel P. Finney

Daniel P. Finney wrote his first newspaper story at age 17. He has stacked paragraphs for pay ever since. 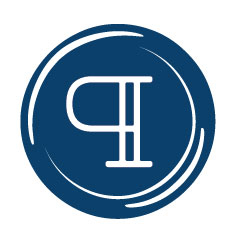